About This Web Site

The web site exists to validate the experiences of victims of sexual and other misconduct at Saint John’s. The damage (psychologically, spiritually, physically and/or sexually) can be devastating. Validation is sometimes all that is necessary to interrupt the cycle of pain, frustration, and harm that victims do to themselves — and sometimes to others. Once interrupted, the victim may be able to get the help and support necessary to begin the journey toward becoming a survivor… and no longer a victim.

From a victim of abuse at St. John’s:

I am compelled to thank you. For me to reach out like this and to act beyond fear is a testimony to the enormous healing I have recieved from your action, your website.  Expressing my gratitude seems so small, so trite, in relation to what you have given but I thank you from the very depths of my being. You are so courageous and your courage gives so much strength. I am stronger because of you and hope that I too can reach out with courage to help alleviate the suffering of those, whom like me, were the victims of such terrible and horrific violence.” – Victim of abuse at St. John’s (March 31, 2011)

On August 7, 1991, news broke about Fr. Dunstan Moorse’s alleged abuse of two students at St. John’s Preparatory School in Collegeville, Minnesota. In the St. Paul Pioneer Press [ View ] the attorney for Moorse said that Moorse denied committing any abuse. The attorney for the Order of St. Benedict also denied all of the charges.

On the same day, the St. Cloud Times [ View ] , Pat Marker (still a John Doe) said that he hoped publicity around his suit would lead other victims to come forward. The plan worked. Marker is currently aware of over 230 victims of misconduct.

Had St. John’s Abbey and its lawyers began the process of full disclosure and rehabilitation in 1991, this web site would not be necessary.

St. John’s has been publicly “denying the allegations” since 1991. Watch Father Dan Ward, OSB do just that in this television news clip from August 7, 1991:

For at least eighty (80) years [ View ] misconduct in Collegeville has gone largely unreported and unnoticed by the public. Simply put, dozens of monks and a handful of lay employees [ View ] have not been held accountable for their crimes. Why? In almost every case of misconduct, the leadership at the Abbey, with assistance from an “obedient” community, has conspired to conceal the crimes from the public.

Abbot John Klassen has provided several reasons for the cover-up, including the effect that public notification might have on fund raising, enrollment and anxiety that certain monks might be linked to other crimes on campus.

In June of 2002, Marker created the “Abuse Disclosure Project” web site [ more ] because there was no information on the Internet about the abusive, and extremely secretive, culture in Collegeville, Minnesota.

In October of 2002, Marker was named [ more ] to the External Review Board at St. John’s Abbey. Marker was named, in part, because of his work on the Abuse Disclosure Project web site.  Some members of the Board, however, felt that the web site was a conflict of interest and pressured Marker to take in down.  In an effort to keep the peace and with a promise of greater disclosure, Marker took the web site down in 2003.

Greater disclosure never came. In fact, just the opposite occurred.

When other board members supported the Abbot’s request to keep valuable information from the public,  Marker resigned [ more ]. The board members had been, and continue to be, complicit in the Abbey’s ongoing cover-up of the crimes in Collegeville.

Following Marker’s resignation from the board in 2006, he launched the BehindthePineCurtain.com web site [ View ] in an effort to move closer to “full disclosure”.

An article in The Record dated September 7, 2006 [ View ] quoted Marker as saying that his research showed “more monks will be named and more victims will come forward”. In the same article, Abbot John Klassen responded by saying, “That is totally an unfounded, false statement. I mean false.”

Klassen’s desire to protect of his community is admirable. His ability to lie is not. 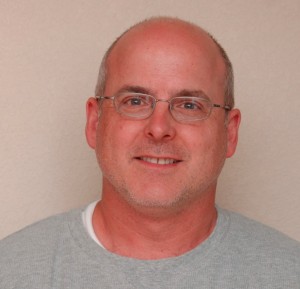 It is my hope that the information available on this site will help educate – and heal.

When I told my story for the first time in 1989, I suspected there were more victims. I started investigating and was shocked by the number of victims who were suffering — and the number of perpetrators who remained in good standing at St. John’s.

I understand that the information on the site will upset some people. It should. The crimes committed by personnel in Collegeville are horrific. Lives and families have been ruined by the actions of dozens of selfish monks and other employees. Concealing the crimes, and the criminals, has led to even more pain.

If you have any questions, information or have a story or comment to add, please do not hesitate to contact me. Your input is always welcome.

I have spoken to many people, kept every confidence, and look forward to hearing from you.