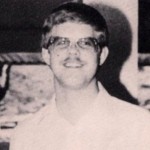 [Webmaster’s Note: Rev. Francisco Schulte (left) should step forward, tell the truth, and offer to testify in this matter.]

Convicted serial killer and death row inmate Reinaldo Rivera has begun his last round of appeals.

On Tuesday, Rivera filed a petition for a writ of habeas corpus in U.S. District Court in Augusta. The action orders that he be taken before a court and places the burden of proof on those detaining him to justify the detention.

Rivera has exhausted the appellate process in Georgia’s courts since a Richmond County Superior Court jury convicted him of murder and other charges and voted in favor of death as punishment for the brutal slaying of 21-year-old Army Sgt. Marni Glista.

Rivera stood trial only for Glista’s Sept. 9, 2000, killing, but he confessed to and was charged in the slayings of three other young women.