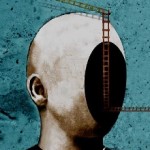 Mickey Morey an Oregon lawyer who has litigated many priest sex abuse cases across the country introduced me to SAD TRIPS—an acronym that refers to long-term consequences of sexual abuse of minors. He does not remember who devised it and I have been unable to find the originator.

However, I have found it a reliable outline to explicate those effects, namely: interference with Sexual development; Anxiety; Depression; Trust issues; shattered Relationships; Identity problems; Personality paralysis; and Self destructive behaviors. I hope that this is of use to those aiding victims.

These severe and long-term consequences of sexual abuse by Catholic clergy are being validated and explained by an increasing number of studies. SAD TRIPS results are so common either in combination with other factors or singly that they are predictable in some form or other or to one degree or another in victims of clergy abuse. These elements have been identified from extensive research and observations of men and women survivors who were abused as children. I validate my observations as a result of the experience of counseling over 1,500 adults who have been abused as children, 500 of them by Catholic clergy or religious.

1. SEXUAL FOOTPRINTS: The consequences of abuse are both psychological and physical, but the vehicle of the damage and trauma is sexual. The abuse forms the basis for, and invariably causes sexual dysfunction of some kind: impotence, sexual aversion, hyper sexuality, the development of paraphilias—frequently pornography, voyeurism, fetishes— or the perpetuation of abuse into a new generation.