Weber allegedly sexually abused or engaged in inppropriate conduct with at least ten individuals, all minors (including at least five girls) between 1967 and 1970. 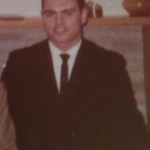 Weber allegedly met at least one of his victims through a “big brother” type program while he was a “St. Cloud Diocesan Seminarian at St. John’s Seminary”. Weber first expressed interest in the “big brother” program in March of 1967 when he was living among other seminarians and monks at Saint John’s Abbey. The program was to be run through a NAIM chapter (support group for widows) in the St. Cloud Diocese.

All Posts Regarding Michael Weber… Here

According to separate police reports filed on November 8, 2011, Weber sexually abused two minor males in 1968. One of the boys (V1) was abused at a cabin (possibly at Camp Foley) near Brainerd. The other (V2) was abused at Weber’s parents’ home in Foley. Each of these men has alleged that a minor female member of their own family was also abused by Weber (V3 and V4).  Other family members corroborate this information.

According to a police report filed in Benton County (#1120010) one of Weber’s victims (V2) reported Weber’s misconduct to Mr. Roger Haire, a counselor at North Junior High School in St. Cloud, Minnesota. The young man and his mother were referred to and subsequently met with Jim Graeve, a counselor with Caritas, a counseling organization that was then, and is still run, by Catholic Charities.

Following the meeting with Mr. Graeve in 1969, Weber did not contact the young man (V2) again.

Weber, then a transitional deacon with the St. Cloud Diocese, had arranged to do his pastoral work at Holy Spirit Church in St. Cloud. Weber was at Holy Spirit from September of 1969 until February of 1970. This just happened to also be the parish of one of his victims (V1).

Weber continued to visit the home of his young victim (V1) despite the knowledge of diocesan employees. According to a police report filed in Crow Wing County (#11017808), Weber visited the boy’s home on several occasions during which he touched the boy inappropriately.

According to a statement from one of Weber’s alleged victims, Weber (a 1966 graduate of Saint John’s University) showed up at a 1970 Christian Family Ministry camping trip with other Saint John’s University affiliated families at a lake near Alexandria, Minnesota. Weber was joined by Dan Carle (SJU ’61), a therapist from Catholic Charities.

On Saturday, Michael Weber joined a group of children on the basketball court. He befriended a six-year old boy, giving him a piece of grape bubble gum. Later, he took the boy to a beach where he held him tight and sang, “Put Your Hand in the Hand” over and over.

Later, Weber allegedly asked the boy’s parents if the he could spend the night. Weber abused the six-year old boy (V5) in the tent that evening and/or the next morning. On Sunday morning, the boy ran from Weber’s tent, noticibly shaken. He ran into Liturgical Press employee, who directed him to his parents’ tent.

V5’s parents confronted Weber and/or the therapist on Sunday, then left the campground.

The parents reportedly told the therapist that they would go to the police if Weber remained with the church.

A full two years later, in April of 1972, Weber asked the Vatican to be laicized, a step required because Weber was an ordained transitional deacon with the Saint Cloud Diocese. The Vatican request was granted in July of 1972.

According to the diocese, there are notes from 1998 or 1999 in the diocesean files regarding misconduct by Weber. The notes refer to one (v7) or two (v8) victims.

In 2004 (previously documented on this site as “circa 2001”), one of Weber’s victims (V1) contacted the St. Cloud Diocese. The diocese gave the victim money.

In 2009, one of Weber’s victims (V1) contacted the diocese again, making them aware of another victim (V2).

Roxann Storms, the Victim’s Assistance Coordinator with the St. Cloud Diocese contacted the St. Cloud Police Department and filed a verbal report (#09052904). At the time that the report was made in 2009, Ms. Storms was aware not only of V1 and V2, but of another victim (V6). In fact, this other victim (v6) told Ms. Storms that they were aware of yet another Weber victim (VX).

Weber propositioned, sexually abused or attempted to abuse at least three other individuals.

More police reports will likely be filed in December.

Petitioned for laicization from Rome (April, 1972)

Various Committees and Positions (See Below)

In November of 2011, Weber resigned from the following positions:

Four Commentaries: How We Can Better Protect Children from Abuse and Neglect[PDF], The Future of Children, Spring 1998