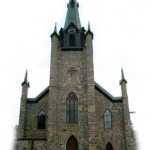 You are invited to join a group of concerned individuals planning to meet in Saint Joseph before and after the 8am and 10am masses on Dec 16, 2012 to distribute information and discuss the decision by the Saint Cloud Diocese to NOT disclose to the parishioners in Saint Joseph that yet another former pastor, Father Dan Ward, has been credibly accused of sexual misconduct.

Father Dan Ward is the tenth (Yes, Tenth) monk/priest from Saint John’s who served at the Church of Saint Joseph against whom credible allegations have been made.

Ward replaced Father Tom Gillespie in 1996 when Gillespie was outed as a pedophile.

Gillespie, many will remember, spent time at the Wetterling house after Jacob disappeared. Gillespie has yet to answer questions regarding his role in the Klehr suicide.

The current pastor in Saint Joseph, Father Jerome Tupa, was Joshua Guimond’s faculty resident. Tupa has been a driving force behind the abbey’s efforts to suppress information regarding misconduct at Saint John’s, including the disappearance of Joshua Guimond.
It is time to educate and support the people of Saint Joseph!

Will you join us?