On October 3, 2002, Joshua searched the Internet for “st. john’s abbey statute of limitations conspiracy”. Last month, Joshua’s mom told a reporter that Joshua discussed the abuse scandal and that he didn’t think it was a good idea that the monks were able to stay on campus. 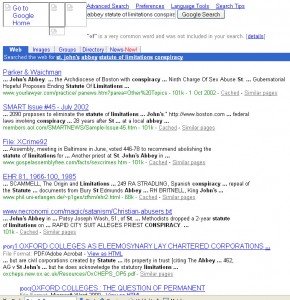 Documents exists showing that officials at St. John’s Abbey were worried about a connection between Joshua Guimond and one of the monks at St. John’s.