My name is Patricia Chiapusio-Riedl. My son was a member of the St John’s Boys Choir in 1990. In June of 1990 I went with the Boys Choir as a chaperone on their summer tour to Europe. We left on June 5, 1990 and returned on June 19, 1990. While on the tour we spent most nights in motels, a few nights in host family’s homes and the remainder of nights in guest rooms at Melk Abbey (monastery) in Melk, Austria. The dates we stayed at the monastery were June 13, 14 and 15, 1990.

Each evening shortly after dinner the chaperones met to discuss the events of the day and to prepare for the following day. At one of these meetings while at the Melk Abbey we were told that one of the choir boys was sick and that Fr. Timothy Backous could not be at the chaperones meeting because he was tending to the sick child. After the meeting I went to the sick boy’s room to check on him. The child was not one of the five assigned to my care but I knew as a mother myself, I would have appreciated as many adults as possible looking after my own child if he were sick and away from home. 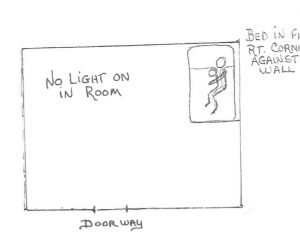 I went to the boy’s room, knocked, and opened the door. There were no lights on inside the room when I opened the door but the light from the hallway behind me shown on a bed on the right side of the room, in the corner. Father Backous was laying on the bed on his right side with his back against the wall. The boy was also laying on his right side with his back against Fr. Backous. Fr. Backous had his left arm around the boy’s rib cage and chest area.

I entered the room, went to the side if the bed, placed my hand on the boy’s forehead and asked him how he was feeling. Instead of the boy answering himself Fr. Backous told me the child was okay and that he would take care of him. Fr. Backous said nothing more to me but continued to look directly at me which made me feel like it was time for me to leave.

Something about the sight did not feel right. But at the time I trusted Fr. Backous, I considered him a friend, and I respected him. Despite a very real feeling that something was wrong, I left the room. 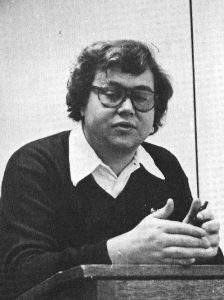 Many years later I read a newspaper article stating that a boy on the same 1990 Europe choir tour reported that Fr. Backous sexually abused him while on the tour, and that St. John’s Abbey investigated the allegations “thoroughly” in 1991 and again in 2015, clearing Fr. Backous each time. The article concerned me because nobody from St. John’s contacted me in 1991. Nobody ever asked me what, if anything, I saw while I was on the 1990 choir tour.

On July 2, 2015 I received a phone call from JoAnn Weber, who in 1990 worked for the St. John’s Boys Choir, and still was working for the choir, as secretary. JoAnn asked me if I could believe what “our wonderful Timo” was being accused of. She asked if I would be willing to talk with an investigator hired by St John’s to clear “Timo” of these terrible accusations. She said it would help Fr. Timo a lot if I could tell them that Timo would never sexually abuse a child. I told her I wasn’t sure I wanted to get involved but that I would think about it.

On July 29, 2015 I received a phone call from an investigator who told me she was hired by St. John’s to gather information regarding SJBC 1990 summer tour, and if I would tell her what I remembered about the tour specifically about Fr. Backous’ behavior and rapport with the choir boys while on tour. She asked me if I saw anything “inappropriate” on the trip. I explained exactly what I saw at the Melk Abbey in the bedroom of the sick choir boy. Our conversation lasted no more than ten or fifteen minutes by telephone. The investigator thanked me and I never heard from her again. Soon after that, the allegations against Fr. Backous were found to be “unsubstantiated”.

As a mother and grandmother, I am speaking about my experience now in an effort to protect other children.