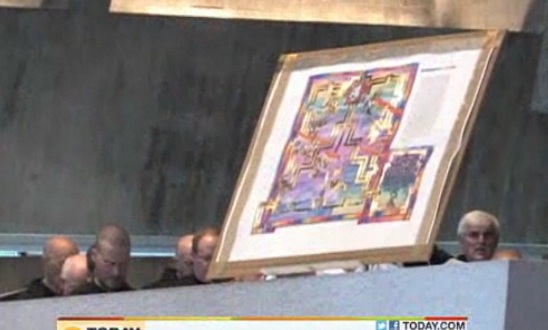 However, Fr. Robert Koopman was not interviewed, Saint John’s Abbey was not mentioned, and the book was never referred to as “The Saint John’s Bible“.

An alert viewer noticed that perpetrating Saint John’s Abbey monk Br. Jim Phillips [ More ] appears to be in the background during the video segment (3:05) shown on NBC’s Today show this morning. Others believe the monk on the right (photo above) to be Fr. Kieran Nolan.