Inmates on death row for Augusta

Four men sentenced to die for Augusta-area murders continue to slog through the state’s justice system as they await their fate. Robert O. Arrington, Reinaldo Rivera, Willie W. Palmer and Ernest U. Morrison are at various stages of appeal, according to court documents.

Morrison has been on death row the longest, after pleading guilty in October 1987 to raping and murdering Mary Edna Griffin earlier that year. His sentence was overturned in 2008 because of lack of effort by his defense attorney, who, according to a ruling, didn’t even read the discovery in the case or attempt to find witnesses. He also demanded a death sentence for Morrison because he said that was what Morrison wanted.

His current attorneys are waiting to determine whether he will enter a plea or be retried, according to Richmond County District Attorney Ashley Wright.

Richard Dieter, of the Death Penalty Information Center in Washington, said ineffective counsel is often a reason for the delay in carrying out a death sentence. He cited the recent cases of two separate Alabama death row inmates, who were granted new trials after the Alabama Court of Criminal Appeals found their lawyers were ineffective.

“There are really concerns that mistakes have been made sometimes with innocent defendants,” Dieter said. “Sometimes you have to allow a second hearing, a new test, a hearing to discuss new evidence, just in case.”

In an e-mail, Wright wrote that her staff continues to wait for a decision from the U.S. Supreme Court on the appeal for Arrington, who was convicted in May 2004. The Georgia Supreme Court affirmed his conviction and sentence in November 2009. He was sentenced to death for the April 4, 2001, murder of 46-year-old Kathy Lynn Hutchens. He also killed his wife, Elizabeth, in 1986.

Palmer, convicted in a Burke County case, is also waiting on an appeal.

Palmer murdered his estranged wife, Brenda Palmer, 31, and stepdaughter, Christine Jenkins, 15, on Sept. 10, 1995.
Palmer was granted a second trial by the Georgia Supreme Court in November 2005. He was retried, found guilty and the death sentence was reinstated in August 2007. Now, attorneys are waiting for a direct appeal to be filed to the Georgia Supreme Court.

Dieter said this is another reason carrying out the sentence can take so long.

“Then the appeals start all over again,” he said. “If you get a new death sentence, your appeal of that sentence starts day one.”

Perhaps the best known of the local cases is that of serial killer Rivera, who was sentenced to death Sept. 9, 2000, for killing 21-year-old Army Sgt. Marni Glista. Rivera later admitting to raping and killing three other young women.

His appellate hearings have been assigned to a judge in the middle Georgia Towaliga Judicial Circuit, Wright said. Oral testimony and arguments have already been given.

Wright said delays in carrying out death sentences include a lack of incentive for the defendants to hurry their filings. If an attorney misses a deadline, he gets an extension, she said.

“Judges are supposed to rule on all motions within a set period of time; not all do. Last-minute appeals are the norm.”

“So you get the sense this is an issue whose time has come for different countries in different years,” he said. 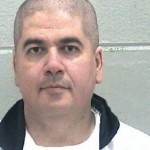 Reinaldo Rivera has a pending state habeas petition. There was a hearing in September, and the judge has allowed the parties to submit any new matters by Dec. 4. Rivera was sentenced to death for the Sept. 9, 2000, death of Army Sgt. Marni Glista, 21. Rivera confessed to raping and killing Glista; Tabita Bosdell, 17; Melissa Gingess, 17; and Tiffaney Wilson, 17.