Andre’ Louis Heywood (artistic director of the St. John’s Boys’ Choir) is reportedly on “academic leave” after seen with law enforcement leaving the Stephen B. Humphrey Theater on the campus of Saint John’s University in Collegeville, Minnesota (USA) earlier this week. 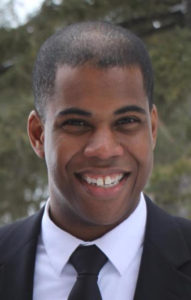 André Heywood is in his fourth year as NCYC conductor. Dr. Heywood serves as Artistic Director of The Saint John’s Boys’ Choir, conductor of the Saint John’s Abbey Schola, and on the faculty of the College of Saint Benedict/Saint John’s University where he directs the All-College Choir and Chapel Choir. His expertise in developing young voices has made him a highly sought-after clinician, adjudicator, and guest conductor across North America and youth choirs under his direction have performed at Notre Dame de Paris, Sagrada Família in Barcelona, and New York’s Carnegie Hall. He has twice been awarded by the American Choral Directors’ Association of Minnesota – in 2011 with the Vocal Essence Creative Programming Award, and in 2013 as the Outstanding Young Director of the Year.