Behind Father Kim’s 1984 Exile to Japan (Part One) 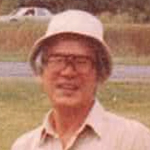 In 1984, Father Chrysostom Kim, OSB was confronted by a woman who wanted to move on with her life. The sexual relationship between the two had to stop, she told him, because she had met someone her own age and wanted to have a “normal” relationship. She took a risk in removing Father Kim as her “emotional center” but, by 1984, had realized that Father Kim had been using her for his own sexual pleasure.

Behind Father Kim’s 1984 Exile to Japan (Part One)

The woman approached Father Kim for advice in 1977 while she was a student at the College of Saint Benedict. She was 20 years old and a student in Father Kim’s Junior Honors class. The class, a hand selected group of about 20 students, were deemed the best and the brightest.

She approached Father Kim as a priest, mentor and confidant. In order to help with her particular issues, Father Kim told her she would have to provide a full sexual history. He wanted all of the details. It seemed like an odd request but she trusted him. She wasn’t all that experienced, she explained recently, and Father Kim agreed. After providing her history, he told her, “That’s nothing to write home about.”

The phone sex turned into an invitation to return to the Collegeville campus one summer after she graduated.

Father Kim provided the woman with a two night stay at the Abbey, dined with her in the monastic dining area, and took her for a long walk to the Stella Maris Chapel, where they sat on a hill overlooking Lake Sagatagan.

On their walk, they encountered two young monks. One asked, “Hey, is that your girlfriend?” Father Kim waved them away.

Later that summer evening, Father Kim took the woman, 30 years his junior, to his office on the “fourth floor quad.” According to the school’s web site, “The Quadrangle Building has been the heart of Saint John’s since the 1880’s.”

That evening, Father Kim touched the woman, sexually, for the first time.