Fran Hoefgen was a monk at Saint John’s Abbey until he was laicized in 2012.

A Roman Catholic priest from the Upper Peninsula is on a leave of absence from active ministry following a substantiated allegation of sexual misconduct with minors “dating back many years ago,” said a spokeswoman from the Diocese of Marquette. The Rev. Raymond J. Hoefgen, pastor of Precious Blood Parish in Stephenson and St. Bruno Parish in Nadeau, will receive an independent assessment at a treatment facility to help determine the future of his ministry, diocesan spokeswoman Loreen Zeno Koskey said in a statement.  – May 8, 2002

From the Associated Press in 1980: 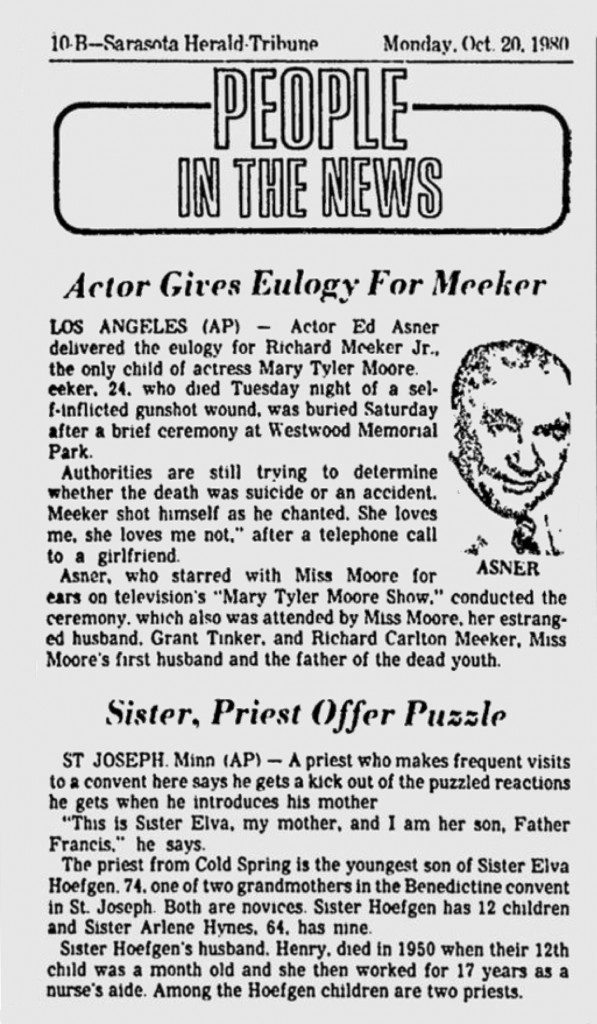