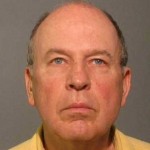 The alleged abuse occurred from the spring of 1989 to the fall of 1991 when the boy was 9 to 12 years old. The victim brought the allegations to Hastings police in November 2013, telling investigators he was sexually abused by Hoefgen multiple times as a student and altar boy at St. Boniface Church and school.

Hoefgen, now 63, began serving as a priest in the St. Boniface Church in Hastings in 1985. In 1987, the St. Boniface parish and Guardian Angels parish were merged into the new St. Elizabeth Ann Seton parish.

Hoefgen served as a priest in Hastings until Oct. 28, 1992. He currently lives in Columbia Heights, Minn.

LAWSUIT: ‘THEY TURNED HIM LOOSE’

Last November, a Minnesota man filed a lawsuit against St. John’s Abbey, the Archdiocese of St. Paul and Minneapolis and the St. Luke Institute, alleging they should have known Hoefgen was a sexual predator

The lawsuit alleges the defendants should have known Hoefgen was a danger to children because he sexually abused another boy at the St. Boniface Church in Cold Spring, Minn. in 1983.

Hoefgen confessed to the St. Boniface abuse in a signed statement to police, but was not prosecuted and never served jail time because he was immediately flown to a Catholic treatment center in Maryland called the St. Luke Institute.

After 6 months of treatment, he returned to St. John’s Abbey, but attorney Jeff Anderson said that’s not where he stayed.

“With the permission of these two superiors, they allowed this known and admitted offender to go to Hastings,” Anderson said.

Those two superiors were Abbot Jerome Thiessen of St. John’s and St. Paul Archbishop John Roach, whom the lawsuit says knew of Hoefgen’s sex crime and assigned him to St. Boniface Parish in Hastings.