What message does it send when one of Saint John’s Abbey’s most notorious sex offenders (including alleged acts of sodomy) takes on a new, secret, identity in order to sell flower cards in the abbey’s online store?

At the abbey’s online store [ View ]…

You can buy music from (and see a photo of) Fr. Robert Koopman, OSB… Here

You can buy polyhedron from (and see a photo of) Fr. Magnus Wenninger OSB… Here

You can buy art from (and see a photo of) Father Jerome Tupa, OSB… Here

Or, you can buy a flower card from (but NOT see a photo of) “Dom Dunstan”… Here

Dom Dunstan uses natural, local material, collected throughout the state, dried and pressed for a season, to create notecards of striking design.

Who is Dom Dunstan? 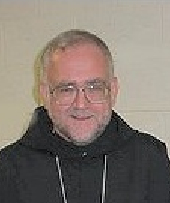 Dom Dunstan currently lives at Saint John’s Abbey along with dozens of other predators and their accomplices.

Like the other monk perpetrators, Dom Dunstan is able to walk the Collegeville campus.. . just in time for Leadership Camp [ View ] season.

In the Spring, 2008 Abbey Banner, Dunstan Moorse was mentioned on page 13, with his “creations of dried flowers under glass and homemade jams and jellies.”

In the Spring, 2009 Abbey Banner, Dunstan Moorse was mentioned (with a photo) on page 24, with his “cards, framed dried flowers, homemade jams and jellies.”

However, this designation has not been used at Saint John’s Abbey for at least 60 years.

Is Moorse setting a new trend – or is it bad for business to have this monk perpetrator associated with its online store, just a few clicks away from the “donations” button and a photo of a smiling Abbot John Klassen… Here?