Personal files of clergy abuse victim were made public

(Star Tribune) Louise read with curiosity that St. John’s Abbey was making public its files on 18 monks who had sexually abused minors — until she clicked open the online file about the monk who abused her.

To her horror, she found more than 100 pages of highly personal information about herself taken from medical documents and e-mails she had shared with a Minneapolis therapist whom the abbey had referred her to.

The mother of two said that when she responded to the abbey’s call for abuse victims to step forward and be healed, she never expected to be victimized again.

“This was not about healing; it was betrayal,” said Louise, whose last name is not being used to protect her identity. “There’s no way to construe this as a response to an offer of healing and counseling.”

A second abuse victim has said he contacted the abbey last weekend because the file about his perpetrator contained his detailed deposition, which would identify him “to anyone who went to the school.” The deposition was removed Monday, he said.

The abbey insists that it has made every effort to edit victims’ personal information from its new “Minnesota Transparency Initiative” website. The website, which went up last week, represents the first time the abbey has made public the thousands of files on monks accused of sexual improprieties. It came in response to a lawsuit settled last year. 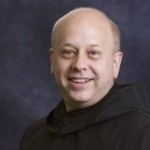 “The abbey did make extensive efforts to protect identifiers of survivors,” wrote abbey spokesman Brother Aelred Senna in response to questions about the situation.

For example, victims’ names were removed, as well as other identifiers, he said.

Although Louise’s last name appeared on one document, it was “hard to read,” he said.

Holding back documentation about a sex abuse allegation against the Rev. Othmar Hohmann, Louise’s abuser, “would have presented an incomplete disclosure,” Senna wrote. “It would be presumptuous of us to determine what is or isn’t helpful to survivors, and to make arbitrary decisions on which documents to include or exclude.”

Louise now wonders what has happened to the private information shared by other survivors who have stepped forward in response to the church’s call for healing.

Its authorized advocate is Gary Schoener of the Walk In Counseling Center in Minneapolis, whose name and phone number are listed on abbey outreach. Louise said she contacted Schoener, not knowing quite what to expect.

But she worried that talking about her sexual abuse, which began when she was just a girl, would open more wounds. So she wanted to make sure a skilled therapist would be available to help her. She exchanged dozens of e-mails with Schoener and shared very private documents including psychiatric diagnoses, treatment and medications.

Louise said she expected some of the information, possibly a brief summary, would be shared with the abbey. But she was dumbfounded as she scrolled through the file on Hohmann, who died in 1980, to find her private information not only had been sent to Klassen and other abbey officials, but then had been made public.

While Louise’s full name was mentioned just once, the details of her life — where her father worked, the unique nature of their home — were all identity giveaways to anyone who read the material, said Louise, who grew up in the St. Cloud area.

She argued that sharing this information with the abbey without her permission was a violation of psychologists’ standards of confidentiality.

Schoener said Wednesday night that he is not able to respond “about anyone with whom I had professional contact.” Abbey spokesman Senna, however, said that Louise had contacted Schoener to act as “a conduit” to the abbey and that she was requesting financial support.

“It is our belief that [she] specifically consented to, and in fact requested, that Schoener share with Abbot Klassen the information she had provided,” said Senna.

Louise said she has filed a complaint with the Minnesota Board of Psychology.

The abbey says that it receives victims’ personal files from therapists only if the victims consent to the disclosure. Even then, such data are reviewed “only for the purpose of determining what responsibilities we may have to a survivor and how we might best address these responsibilities.”

“We will continue to examine the documents,” wrote Senna, “to make sure we accomplish our goal of being transparent without compromising the privacy of others.”