Dan Carle: Connected to It All 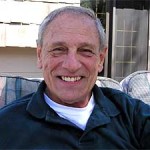 “My parents took Dan Carle’s advice. As a family, we didn’t speak directly about the abuse until I confronted my parents while I was in treatment at the age of seventeen.  On several occasions over the past 30 years, we have discussed and tried to deal with all of the effects of the abuse (addictions, relationship problems, etc.) but rarely the abuse itself.” – Victim of Michael Weber

The quote above is from a statement received from a 1970’s victim of Michael Weber.

“I have since learned that, at the time of the abuse by Michael Weber, Dan Carle was employed by the St. Cloud Diocese as a Marriage and Family Counselor for Caritas Family Service Agency and have attached to this statement a reference to this position and his term of employment.”

After graduating from Saint John’s University in 1961, Dan Carle spent three years (1961 to 1964) as a corrections counselor with the Minnesota State Department of Corrections. From 1964 to 1974 he was a therapist with Catholic Charities in St. Cloud. From 1974 to present, records indicate that Carle has been associated with several private counseling centers in the St. Cloud area including:

As a private counselor, Dan Carle met with at least one family victimized by a Saint John’s Abbey monk. According to a woman who was a minor during counseling:

“I felt Dan Carle was inappropriate at times.  During one family meeting he asked my parents how often they were sexual. We were all kind of horrified at that question. He also shared that he and his wife did not always lock the door when they were being intimate.”

In 1998, Dan Carle lost his social work license due, in part, to boundary issues.

As more light is shed on Dan Carle’s role in the Michael Weber situation, the public will undoubtedly learn more about his role in other cases of misconduct.

Did he provide other children to Weber?

Who else did he protect?

If you were counseled by Dan Carle or have information about Carle or Michael Weber, please click… Here