Last year, one of those young girls (now in her mid-50s) shared with this web site her story of sexual misconduct by Fr. Othmar Hohmann.

[Note: She first tried to share the information with Abbot Klassen and Saint John’s Abbey.]

“A number of years ago, I contacted St. John’s Abbey about this. Once again, I was a victim……………….not heard, dismissed and feeling alone.”

She described Fr. Hohmann this way:

“What I do remember is being grabbed by him with his huge, stubby, fat fingers, pulled closely to him where he would [Description of Sexual Abuse] in the church office at St. Joseph.  I saw him put his hands under the skirts of other young girls, rub them against himself and kiss them.”

A year later, a second woman called to corroborate the first woman’s account.

“My parents would be in the adjacent room, the kitchen, getting the coffee and cookies, and astonishingly, with them that close by, he would grab me and pull me up onto his lap and [Description of Sexual Abuse], carrying on all the time as if nothing was happening; he was so quick and expert at it and it was so confusing because he was so brazen with my parents just in the next room within earshot so I’d think it was all okay with them, it must have been, otherwise how could he have done it so brazenly?”

Earlier this month, a third woman shared her account:

“Fr. Othmar would always tell me how sweet I was and how much he liked to hold me and he would ask mom if he could hold me. She said this was fine. In her mind it was likely an honor when the parish priest would visit as well as show appreciation for her daughter. While she was gone in the other parts of the house, Father Othmar would [Description of Sexual Abuse].”

“He acted as if he was the jolly parish priest who loved children. Since he put on such well-loved community plays using so many children, the parish folk thought he was just a wonderful guy who loved children so much.”

Yesterday, we learned of a fourth victim.

It is believed that St. Joseph Church was the last of at least four parishes where Fr. Othmar Hohmann worked: 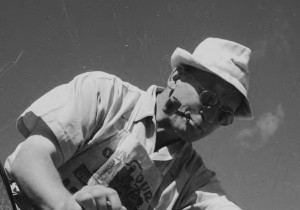 Like many of the offending monks at Saint John’s, Fr. Othmar was a popular priest.

“His devout ministry to children and the sick was extraordinary and effective.”
– http://www.stfrancisxaviercathedral.org

A new pastor, Othmar Hohmann, OSB (1961-1966), wished to capitalize on the “home talent” of the parish so formed the St. Joseph Players Guild which met in the second floor auditorium of the school. First, the stage was rebuilt. Then, for the next five years, memorable children’s productions like “Hansel and Gretel” and “Heidi” played to appreciative audiences.  – “Rooted in Christ, The Living Stone”, Page 31

Like many of the monks at Saint John’s, Fr. Othmar took advantage of his popularity.

In July of 2010, Abbot Klassen was sent an email [ View ] regarding Fr. Othmar Hohmann.

In April of 2011, Abbot Klassen did not list Fr. Othmar Hohmann among the monk offenders in his letter [ View ] to the Saint John’s community.