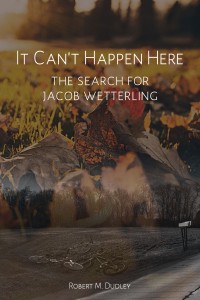 Anyone who was living in the Midwest in the fall of 1989 was familiar with the Jacob Wetterling kidnapping. The story was all over the news. There were newspaper articles, television news stories, posters, billboards, and buttons. Jacob was everywhere, but he couldn’t be found.  – Amazon.com [ Link ]

“Fr. Dan Ward replaced Gillespie as the interim pastor at St. Joseph until a permanent replacement could be found. Years later, St. John’s Abbey launched an internal investigation into allegations of sexual abuse made against Fr. Ward by five men and two women.” – Page 176